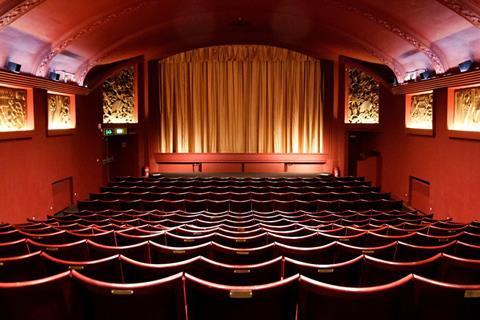 More than 90 independent cinemas across England have been awarded grants by the UK government’s Culture Recovery Fund to help support their reopening and recovery.

A total of £30m has been set aside for England’s independent cinemas and 92 venues will receive a share of more than £6.5m from the BFI, which is allocating the funds as part of the government’s support package of nearly £2bn to aid Britain’s culture, arts and heritage organisations.

It marks the second round of awards from the initiative, which previously saw funds released in October, December and February.

The latest grants mean that a total of £27.6m has been received by 209 independent cinemas from the Culture Recovery Fund, 87% of which are outside London.

The “business sustainability” funds will be crucial to the venues, many of which have remained shuttered since the UK’s first national lockdown began in March 2020. All cinemas remain closed in the country, with a reopening date of May 17 set for England.

The grants are aimed at supporting venues on reopening, as social distancing measures restrict the level of admissions, resulting in lower takings.

The latest round of funding includes £138,333 for London’s Phoenix Cinema, Britain’s oldest cinema in continuous use where Oscar-winning actress Judi Dench is a patron; and £45,640 for the Barn Cinema in southwest England, based in a 14th-century barn in the village of Dartington.

A total of 14 independent cinemas in London received £2m in the latest funding round while 19 cinemas in the southeast of England received a share of £1.1m.

Further details on a third round of the Culture Recovery Fund are to come, after the UK chancellor announced a £300m boost to the fund last month, as part of a wider £408m package for arts and culture. It will take direct government investment in the sector since the start of the pandemic to almost £2bn.