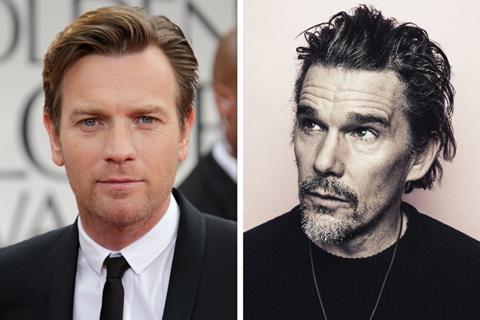 Apple Studios will produce Raymond And Ray starring Ewan McGregor and Ethan Hawke with Alfonso Cuarón, Bonnie Curtis and Julie Lyn on board to produce.

Rodrigo García will direct for Apple Original Films from his screenplay about two men who get the chance to reinvent themselves at the funeral of the terrible father who cast a shadow over their lives. The ceremony presents an opportunity to vent anger and pain, with folly, possibly love, and grave-digging.

García reunites with his Albert Nobbs producers Curtis and Lynn, who produce through their Mockingbird Pictures. Cuarón’s credits include Roma and Gravity. Executive producers are Gabriela Rodriguez and Shea Kammer.