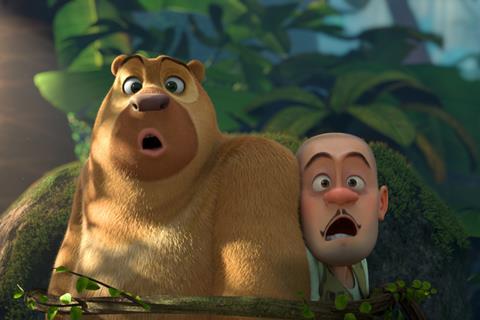 ‘Boonie Bears: Blast Into The Past’

Blast Into The Past, the sixth and latest installment, has been bought by the former Yugoslovia (Vision Films) and Bulgaria (Pro Films).

Blast Into The Past grossed $106m over Chinese New Year and is the second biggest local animation of all time in China.

Produced and distributed by Shenzhen-based Fantawild, the popular franchise has been sold to over 82 territories including the US, with combined sales revenues over $400m.

“For the first time we’ve played in North American theatres. This is really a year when Boonie Bears are creating deeper paw prints around the world,” said Ben Li, deputy general manager of Fantawild Animation, “We’re also having in-depth discussions with other distributors to bring the films to more territories we haven’t explored so far.”