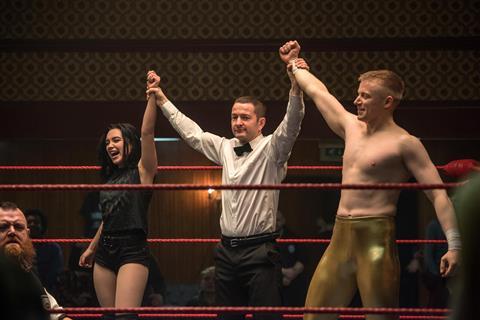 ‘Fighting With My Family’

Stephen Merchant’s solo directorial debut Fighting With My Family topped the UK box office on its first weekend, taking over £2m including previews.

The film made £1.6m from Friday to Sunday, with £397,174 in prior screenings after holding the number one spot since Wednesday February 27.

It played in 568 locations – Lionsgate’s fourth widest UK release ever – for a location average of £2,822.

This already takes it past Merchant’s previous work as a director, 2010 comedy-drama Cemetery Junction which he co-directed with Ricky Gervais. That opened to £641,218, ending on £1.5m

The story follows a family of wrestlers from Norwich, with a daughter Saraya (Florence Pugh) and son Zak (Jack Lowden) who both dream of competing in the WWE.

Nick Frost, Lena Headey, Vince Vaughn and executive producer Dwayne ‘The Rock’ Johnson round out the cast. Johnson shared his delight at the film’s number one UK ranking with his 133m Instagram followers on Sunday evening (March 3).

Green Book received a substantial boost from its three Oscar victories (including best picture), re-entering the top five in its fifth week. The film added £737,658 from 606 locations, an impressive 55.8% increase, and currently stands at £7.4m.

Ruth Bader Ginsburg biopic On The Basis Of Sex added £245,875 in its second week and sits at £1m.

Despite missing out on a top five spot, Fox had multiple titles at UK cinemas, holding five of the six titles from positions six to 11. 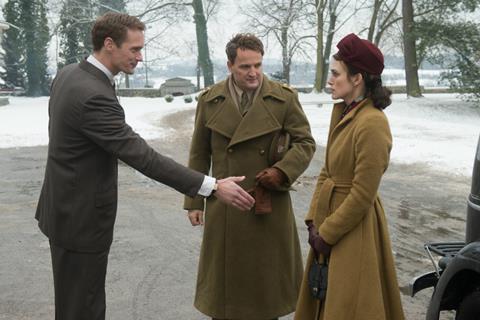 Buoyed by Olivia Colman’s surprise best actress Oscar win, The Favourite scored an outstanding 64% uptick on its previous weekend. It took £284,606 from Friday to Sunday, and now stands at £16.2m.

Bohemian Rhapsody, which picked up the most Oscars this year with four, also saw an increase, of 21% in its nineteenth week. It added £275,271 at the weekend for a £54.2m cume.

Further down the chart, Bollywood threequel Total Dhamaal dropped 66% in its second week for £86,607 and a £424,547 cume, making it the highest-grossing of the Dhamaal series in the UK.

Event cinema release Met Opera: La Fille Du Régiment brought in £211,069 from 172 locations in Great Britain on Saturday March 2, with a location average of £1,227. Including Ireland and Northern Ireland, the total is £240,730.

Ralph Breaks The Internet was another title to see a sizeable uptick, in its fourteenth session. A series of kids clubs and morning shows brought a 176% increase on the previous weekend, with it bringing in £155,000 for an £18.5m total to date.

A fortieth anniversary re-release of Ridley Scott’s Alien brought in £128,906 from 211 sites.

Best documentary winner at the Oscars Free Solo reaped the benefits of its award, taking £59,178 this weekend – a massive 160% increase on its previous session – for £1.9m after 12 weeks.

Hannah, a drama about a woman dealing with her husband’s imprisonment starring Charlotte Rampling, opened to £3,924 from 12 screens, and has £8,800 including previews.

Low-budget road-trip feature Burning Men opened to £939 from two locations, with a Q&A tour continuing at venues around the country in coming weeks.