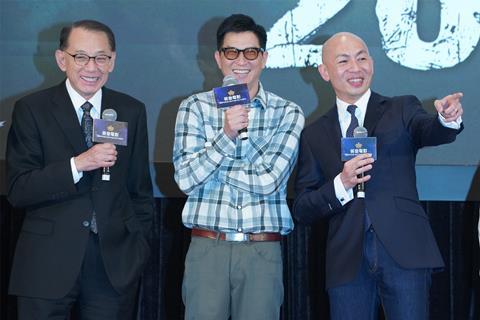 Operation Red Sea director Dante Lam made a surprise appearance at the end of Emperor Motion Pictures (EMP)’s media launch at Filmart today (Mar 19) to give a plug for two 2019 projects.

Standing on stage with his regular producer Candy Leung and the company’s group chairman Albert Yeung, Lam said his next project will be set on the sea again. It will be a mega-budget production co-produced by EMP and China’s state-run China Central Television (CCTV).

After having made a pair of military action films primarily for the mainland Chinese market – Operation Mekong and Operation Red Sea, which is China’s second biggest film ever – Lam further revealed that his second new project is likely to be set in his hometown Hong Kong and star his Unbeatable actor Nicky Cheung despite the latter’s busy schedule.

Anti-corruption crime thriller Integrity will be the first part of a trilogy directed and written by Mak and produced by Felix Chong. The cast includes Sean Lau, Nick Cheung and Karena Lam.