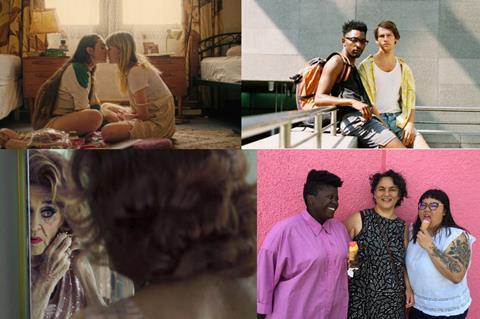 BFI Flare: London LGBTIQ+ Film Festival has revealed the programme for its 35th edition, which will take place virtually from March 17-28.

The festival has selected 26 features, which include four world premieres, six international premieres and one European premiere.

Receiving their world premieres are Peeter Rebane’s Firebird, a love story set in the Soviet Air Force during the Cold War; Daniel Sánchez López’s German feature Boy Meets Boy, about two young men who fall for each other over the course of a single day; and Alexa Bakony’s Hungarian documentary Colors Of Tobi, which offers a portrait of a family grappling with teenage gender dysphoria.

As previously announced, UK documentary Rebel Dykes, from directors Harri Shanahan and Sian A. Williams, will also debut at the virtual festival. Bohemia Media has secured UK and Ireland rights to the film, which centres on a gang of lesbians in 1980s London that aimed to unite LGBTIQ+ communities against hostility and homophobia.

Titles receiving their international premieres include US drama Jump, Darling, the feature directorial debut of Phil Connell. The film centres on a drag queen reconnecting with his ageing grandmother and marks the final starring role for Cloris Leachman, who died on January 27.

BFI Flare will host virtual premieres, available to UK audiences on the BFI Player platform, and retains its strands – Hearts, Bodies and Minds – from the physical version of the festival. There will also be a free programme of virtual events, including BFI Flare Screen Talks with LGBTIQ+ filmmakers and cast.

The industry side of the festival has also shifted online and will focus on delegate networking. It will also include the 7th edition of the BFI Flare x BAFTA Crew Mentoring programme, which offers a group of emerging LGBTIQ+ filmmakers guidance from a senior industry figure, alongside a programme of masterclasses and discussions, and access to Bafta’s year-round events programme.

Also returning is Five Films For Freedom, a partnership between the festival and British Council, which makes five LGBTIQ+ themed short films available worldwide to watch for free for the duration of the festival.

I Am Samuel
Dir: Pete Murimi

Kiss Me Before It Blows Up
Dir: Shirel Peleg