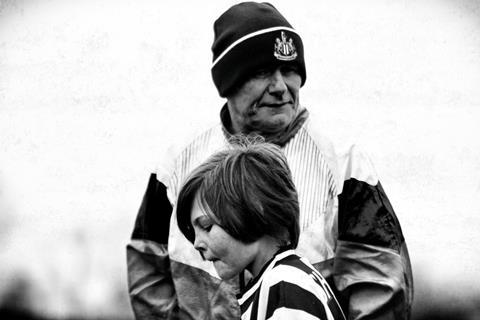 The inaugural Newcastle International Film Festival has revealed a line-up of more than 200 films, with the event set to run March 29 to April 1.

The festival will host 40 features, 140 shorts, including works by filmamkers from the North East. There will also be workshops, Q&A sessions and events across the city of Newcastle.

Get Carter, starring Michael Caine in an early role, will open the festival at the Tyneside Cinema on March 29. The only remaining 35mm print of one of the most renowned Newcastle-shot films will screen followed by a Q&A with director Mike Hodges.

The programme features the world premiere of KISS vs MCZ, a documentary about the collaboration between the glam-rock band Kiss and J-pop group Momoiro Clover Z.

Also screening are Candida Brady’s Urban & The Shed Crew starring Richard Armitage, the English premiere of Dominic Savage’s thriller The Escape with Gemma Arterton and Dominic Cooper and Neil Marshall’s sci-fi Doomsday, with the director plus cast members Craig Conway and Sean Pertwee in attendance for a Q&A.

Attending guests across the weekend will include Richard Armitage (Ocean’s 8), Gina McKee (Notting Hill), Denise Welch (Coronation Street) and Dave Johns (I, Daniel Blake), who stars in short film Howay!, screening at the festival. Claes Bang, star of the Oscar-nominated The Square, will also be in attendance for a Q&A following a screen of the Palme d’Or-winning film. A further event will see Jools Holland in conversation with Grammy-winning producer Geoff Wonfor.

Venues include the Tyneside Cinema, Cineworld at the Gate, the Side Cinema, the Biscuit Factory, the Mining Institute and Colonel Porters.

The event is headed up by businesswoman Jacqui Miller-Charlton, who is serving as festival president and is also funding the event with support from Gateshead College, Northumbria University and Heathrow Airport, among other partners.

Speaking to Screen, Miller-Charlton said: “The big thing is to be sustainable, for the region to understand something really quite special is happening and to get behind us. I want to make sure that we do things with the right intentions from the outset. I’d like the festival to be known as the place where people go and they feel safe. The city of Newcastle is an international city of sanctuary; I love that tie-in, and I love the fact that the people have a heart, the city has a soul and it’s very passionate, and I want that to come through in our film festival.”