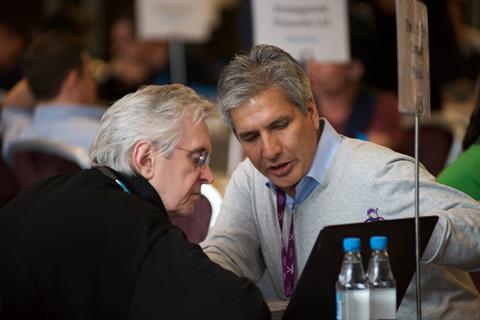 The first films hoping to secure further finance at the Production Finance Market (Oct 10-11) have been announced by Film London.

40 films in total will be pitched. The five films announced so far are:

Science Of Love And Laughter: directed by Sam Barron, produced by Daniel-Konrad Cooper (Rather Good Films)

Number 9 Films’ Elizabeth Karlsen has also been announced as the keynote speaker for this year’s event on 10 October. She produced Carol, On Chesil Beach, Made In Dagenham and the upcoming Colette.

The PFM will also host a special LFF panel session with the filmmakers behind Journey’s End.

This year the event’s Micro Market strand, dedicated to features budgeted below €1m ($1,175,550), will showcase 20 films, including Dark Waters from Oscar an Emmy-nominated filmmaker Nick Read, and the Creative England-backed White Riot, which expands upon Ed Gibbs and Rubika Shah’s Film London short of the same name.

The Production Finance Market is supported by the Mayor of London, the Department for International Trade and the BFI (awarding funds from the National Lottery). The Micro Market strand is supported by Creative Skillset.