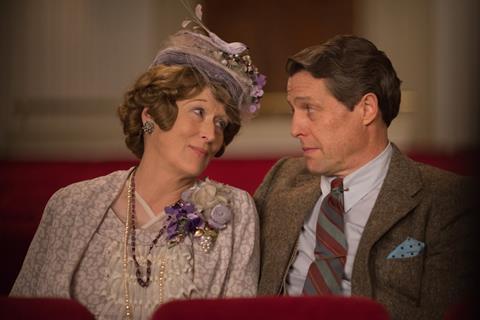 A court battle over the authorship of the Florence Foster Jenkins screenplay ended today, with the film’s writer Nicholas Martin winning the case against his former partner, opera singer Julia Kogan.

The 2016 film, which starred Hugh Grant and Meryl Streep, has been the subject of a copyright dispute between Martin and Kogan over who wrote the script.

The pair were in a relationship during the early development of the script.

Kogan sued Martin and the film’s production companies, Pathe and Qwerty, after claiming that she came up with the idea for the film, made significant contributions to the plot, characters and storylines, and later claimed that she had written significant parts of the text herself.

Martin issued Court proceedings asking the Court for a declaration that he was the sole author of the screenplay. The Court ruled in his favour and the Judge, Mr Justice Richard Hacon, said Kogan was not entitled to a writing credit or to any share of Martin’s income.

He said there was no evidence to support her claims, adding that her contributions “never rose above… providing useful jargon along with helpful criticism and some minor plot suggestions” (which Martin acknowledged). He said that “taken together they were not sufficient to qualify Ms Kogan as a joint author… Mr Martin was the sole author”.

During the case, Kogan’s barrister Simon Malynicz QC said she “brought an insider’s view of how opera singers perform and rehearse,” and added “terminology that was used hilariously from the opera world”, as well as “a theme of ‘loveliness’” to the film.

Martin said: “This is a very fair ruling and an important one for writers. I have always acknowledged that Julia was a great support when we were together, and contributed helpful input on the world of opera, but she did not write this script with me. I can now put this behind me and get back to work.”

Martin’s lawyer, Dominic Bray, partner at law firm Lee & Thompson, said: “This is an important judgment for the creative sector. Few of these cases get to Court and usually for good reason. Here the Court has given some clear guidance on what you have to show to succeed in a claim for co-authorship and has concluded that Mr Martin was the sole author.