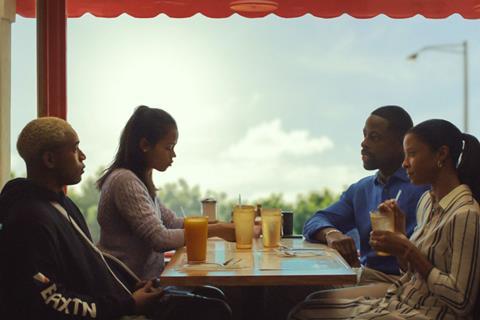 The latest film from the director of It Comes At Night and Krisha screened to press and industry today (Sept 6) and recevies its international premiere in Special Presentations on Tuesday (Sept10).

The A24, Guy Grand Productions and JW Films production premiered in Telluride and takes place in south Florida as a young African American high school athlete’s drive for excellence begins to expose cracks in his life.

The deal marks the latest collaboration between Focus and A24 after The Lighthouse, and mirrors an earlier deal on Greta Gerwig’s Lady Bird, which Launched at Telluride before going on to play at TIFF.

A24 has set a November 1 US release. Universal Pictures International will distribute Waves and the deal excludes Canada, China and Japan.