Ranger’s Apprentice, The Alchemyst based on books. 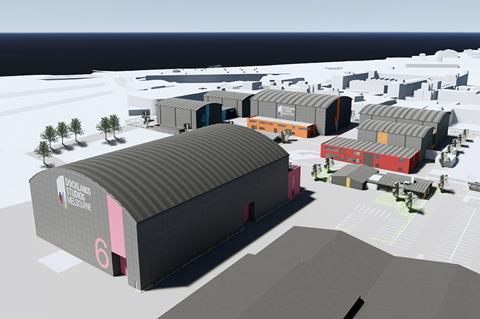 Dick Cook, the former chairman of Walt Disney Studios, has struck a deal to establish the Asia Pacific headquarters of Dick Cook Studios at Melbourne and announced two projects that authorities said would inject A$200m (USD $137m) into the state of Victoria.

At the same time it emerged that Docklands Studios Melbourne is to build a new “super stage” at its facility that is expected to be ready by late 2021. Construction will not affect work at the other five sound stages and filming will continue into 2020 on Apple TV+ show Shantaram, and Netflix’s Clickbait.

Australia’s federal government and Victoria’s premier Daniel Andrews said the first two projects for Cook are Ranger’s Apprentice, based on the book series by Australian author John Flanagan, and The Alchemyst, an adaptation of the first book in six-novel series The Secrets Of The Immortal Nicholas Flamel, by Irish author Michael Scott.

Rod Allan, CEO of Docklands Studios Melbourne, said the new soundstage will increase the studio’s stage capacity by 60%, allowing it to accommodate larger international film and TV productions and offer greater flexibility to host multiple projects at the same time.

Film Victoria CEO, Caroline Pitcher added, “The investment at Docklands Studios Melbourne is an absolute game-changer for Victoria. Melbourne is already internationally recognised as an amazing production destination and with this new sound stage, even more large-scale productions will have the opportunity to experience how great it is to film in Melbourne.”

Work will continue as normal at the studio while construction gets underway on the new stage. The two aforementioned TV series are filming into 2020: Shantaram, the 10-part series for Apple TV+ from Paramount Television and Anonymous Content; and Netflix Original series Clickbait from Matchbox Pictures, Tony Ayres Productions, and Heyday Television.