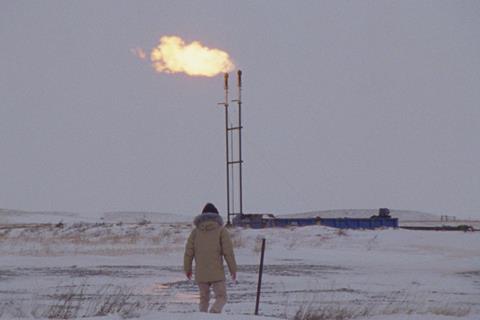 How To Blow Up A Pipeline

Emily charts the romantic life of Emily Brontë in the lead-up to her classic novel Wuthering Heights. Hawa, the follow-up to Doucouré’s 2020 Sundance and Berlin entry Cuties, centres on a teenage girl who sets off to get adopted by one of the most powerful women in the world.

Rounding out the section are two from Canada – Anthony Shim’s Riceboy Sleeps and Stéphane Lafleur’s Viking – as well as Carmen Jaquier’s Swiss drama Thunder and feature debutantes Carolina Markowicz with Charcoal and Cédric Ido with The Gravity.

“We launched Platform to shine a brighter light on some of the most original films and distinct voices at our festival,” said Cameron Bailey, TIFF CEO. “Now in year seven, it’s become a true home for international auteurs on the rise.”

“Eclectic in vision, this year’s selection not only represents all world premieres of exciting, on-the-rise voices from around the world, but it also reflects the very timely and unique perspectives of racialised filmmakers from diasporic communities broadening the canvas,” said Lee.

The 10 features are eligible for the $20,000 CAD Platform Prize selected by an in-person international jury to be announced later this summer.

Platform’s full 2022 line-up appears below. All selections are world premieres.

How To Blow Up A Pipeline (US)
Dir. Daniel Goldhaber