New films by actor-director Matthias Schweighofer, Marco Kreuzpaintner, Robert Glinski, and Bettina Oberli are among the titles being lined up by German sales agents Global Screen and Picture Tree International (PTI) for the Marché du Film in Cannes next month. 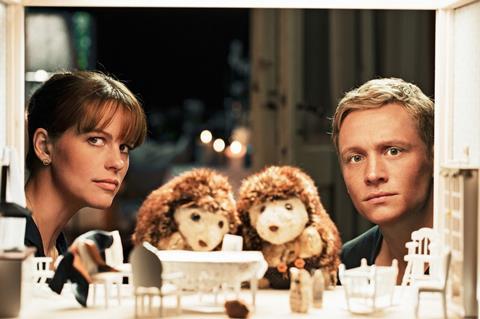 The film was also presold to many territories, including

A reworking of Thomas Bahmann’s 1996 TV comedy of the same name, Kreuzpaintner transfers the action to the world of hairdressing salons with a hip celebrity snipper falling in love with the quirky owner of a neighbourhood salon. The only ‘problem’ is that she’s a woman, and he’s gay.

Kreuzpaintner announced his intention to make the film back in 2010, but it appeared that the project had been put on the back burner when his planned biopic on the legendary film-maker Rainer Werner Fassbinder came into sight. However, the unwillingness of German television to become a partner of Rainer scotched those plans, which consequently saw Coming In coming back into the picture and going into production at the end of last year.

A film with the same title was announced during this year’s Berlinale by France’s Gaumont - ahead of Global Screen’s own news that it acquired the international distribution rights for Kreuzpaintner’s romantic comedy.

Paris-set comedy Coming In by Noémie Saglio and Maxime Govare, starring Pio Marmai and Franck Gastambide, centres on a gay man who wakes up with a blonde Swedish bombshell on the eve of his wedding to his long-term partner. Delivery of the film, which was shot in Paris last autumn, is planned for the second half of 2014.

However, Global Screen is not worried that its buyers might be confused by there being two films called Coming In on offer in the market.

Evelyn Holzendorf of the Munich-based company told ScreenDaily that the producers of Kreuzpaintner’s film had their title protected in all of the important territories during development of the screenplay.

“It was only in France that this wasn’t possible as the title was already registered,” she explained. “So, our distributors will be able to use the title in their countries and Gaumont’s film will have to be renamed in all countries except for France.”

Global Screen will also present a showreel of English-language family entertainment film The Legend Of Longwood, directed by Irish director Lisa Mulcahy and starring Lucy Morton, Thekla Reuten, and Miriam Margolyes. The €5m ($6.9m) Irish-Dutch-German co-production shot at locations in Dublin and Wicklow towards the end of 2013.

PTI will have market premieres of:

In addition, PTI will showcase a further three pick-ups currently in post-production: