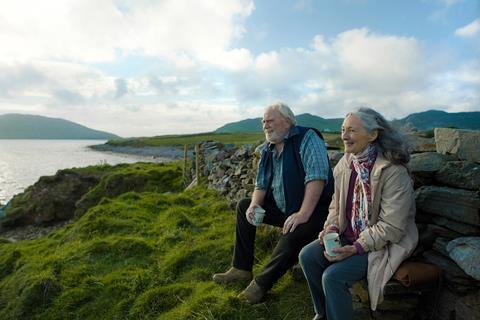 My Sailor, My Love

Germany’s Global Screen has reported a strong response in Toronto to Klaus Haro’s TIFF Contemporary World Cinema selection My Sailor, My Love and has struck a deal with Signature for UK & Ireland.

Härö’s English-language debut premiered last Friday (September 9) and stars James Cosmo and Bríd Brennan as a retired sea captain and the home help he falls for, much to the chagrin of his grown-up daughter who feels she has never truly known her father. Catherine Walker also stars.

Jimmy Karlsson and Kirsi Wikman wrote the screenplay. Haro’s 2015 Finnish drama The Fencer made it on to the Oscar shortlist of international films and earned a Golden Globe foreign language feature nomination.

Signature plans an early 2023 theatrical release. Katie Wilkinson, the company’s acquisitions and development executive, said: “Signature were instantly charmed by My Sailor, My Love and it’s always a pleasure to support and champion Irish content. We were all won over by the heartfelt story, amazing performances and the breathtaking scenery of the Emerald Isle featured in the film. We are planning a theatrical release in early 2023 and really look forward to bringing this deeply moving and layered story to audiences.”

Klaus Rasmussen, SVP international theatrical sales & acquisitions at Global Screen, added: “We are very excited to have Signature on board for director Klaus Härös first English-speaking feature. Signature is a strong partner with great enthusiasm for the film. We believe they will do a good job bringing the film to theatres in both UK and Ireland.”

Cosmo’s credits include Game Of Thrones, Braveheart, and The Chronicles Of Narnia. Brennan has starred in Dancing At Lughnasa and Brooklyn. Walker recently worked with Ridley Scott on House Of Gucci and starred in A Dark Song.

Global Screen’s current slate includes The Amazing Maurice, the 3D-animated film based on Terry Pratchett’s novels starring Hugh Laurie and Emilia Clarke. The company has worked on animation Two By Two! and Luis And The Aliens, drama The Collini Case, and the arthouse title A Thousand Times Goodnight.