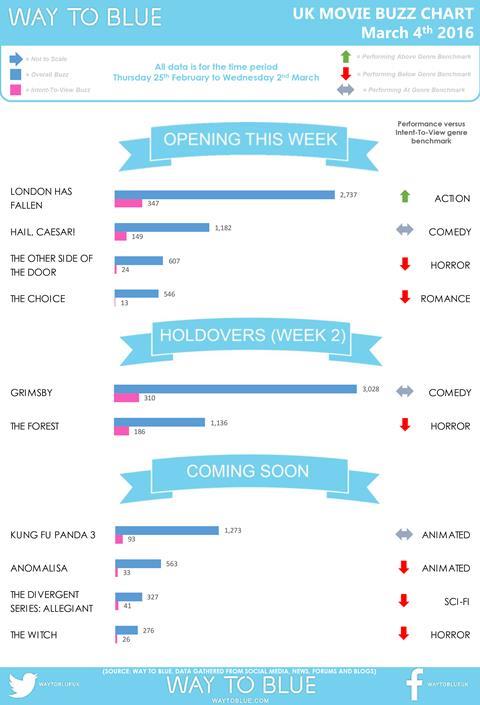 The comedy racked up 3,028 comments across social media, news, forums and blogs, though only 310 of those registered an intent to view the film.

Elsewhere, the Coen Brothers’ Hail Caesar! generated 1,182 mentions, 149 of which expressed intent to view, ahead of its release this weekend.

Kung Fu Panda 3 was the most mentioned title on the horizon, receiving 1,273 mentions, with 93 registering intent to view.