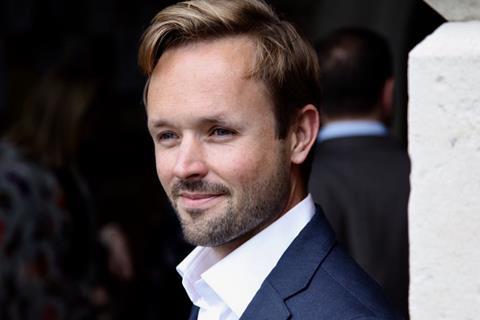 The former DNA Films and TV creative director and Bentley Productions head of development will lead Heyday Television UK as president from January 2019.

He will work closely with company founder David Heyman, who launched Heyday TV as a joint venture with NBCUIS, to grow a slate of high-end scripted series.

The hires come as Heyday UK prepares to go into production on BBC1 conspiracy thriller drama The Capture, which Ben Channan is writing and directing. The company is also producing a BBC1 adaptation of Andrea Levy’s book The Long Song, starring Tamara Lawrence and Hayley Atwell.

Early in his career, Winchester was part of the team that developed and produced Academy Award-winning foreign-language feature film Tsotsi.

He joined London-based film producer DNA in 2014 to launch a television division that was backed by a first-look agreement with Fox Networks Group.

The unit went on land three commissions: Black Narcissus for BBC1, and Devs and Shogun for US cable channel FX. It also developed projects with David Wolstencroft, Danny Brocklehurst and Hilary Mantel among other big name television writers.

Shogun, which Winchester is currently producing, is a 10-part limited series based on a James Clavell bestseller. Tim Van Patten is directing the show, which FX describes as its largest-scale international original to date.

Other credits include script editor and co-producer on ITV drama Lewis and developer of its prequel Endeavour.

Heyday founder Heyman is best known for landing the film rights to the Harry Potter novels. He formed Heyday TV in 2015 as the television arm of his Heyday Films operation, with NBCUIS the JV partner.