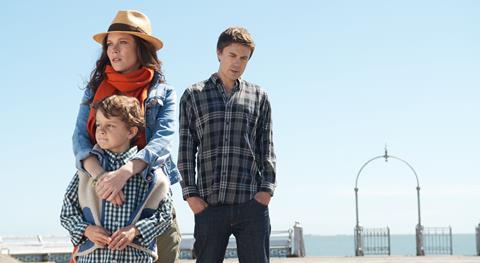 UK sales and distribution outfit High Point Films & TV has merged with existing UK production and sales company Starline Entertainment in a bid to grow and bring fresh impetus to both companies.

Key staff to transition to Starline as part of the rebrand include High Point MD Carey Fitzgerald, Julie Delaney, who becomes director of worldwide distribution, and Piers Nightingale, who assumes the role director of acquisitions.

Industry veteran Fitzgerald will remain MD of High Point, whose catalogue will be managed by Starline, while Delaney and Nightingale will work closely with existing Starline MD Ronald de Neef, himself a non-executive chair of High Point. All four will be shareholders in Starline.

In its new guise Starline will continue to handle features for international sales but will also take on more alternative content such as transmedia and web series and will look to pursue more direct and event-based distribution.

According to company executives the London-based company - which has six full-time employees - is in advanced negotiations to acquire additional catalogues.

High Point, which once had a staff of 20, enjoyed strong ties with the BBC over the years, with the broadcaster picking up more than 20 TV films from the company.

Features in the HighPoint catalogue include documentary Cameraman: The Life and Work of Jack Cardiff, which debuted at Cannes in 2010, well-sold drama Having You, starring Anna Friel, Romola Garai and Andrew Buchan, and BIFA-winning 2010 documentary In Our Name. Joanne Froggatt drama Starfish is currently in development.

Julie Delaney said of the transition: “New and exciting challenges and opportunities in a constantly changing industry landscape call for a fresh outlook and the new Starline brand, along with its vision, fits perfectly with what we see as a positive future.”

Piers Nightingale added: “We’re exploring new ways of marketing film and TV, taking each project on its own merits and maximising exposure through multi-media strategies.”

Starline managing director and founder Ronald de Neef added: “Having originally set up Starline to facilitate co-productions, I am very pleased to have such a dedicated set of partners on board to take the business into the future.”

Meanwhile Carey Fitzgerald said: “My fellow shareholders at High Point are delighted to see their business continue in safe hands. From a personal point of view I am very pleased to be working with Julie and Piers as new business partners and shareholders at Starline.”