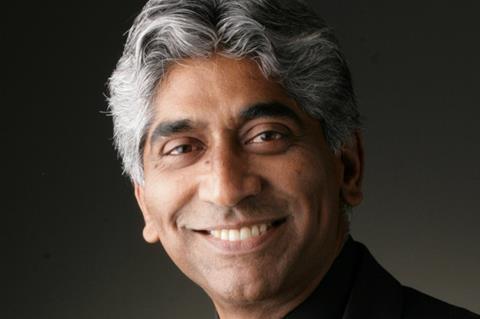 Among the division’s initial slate - which focuses on Indian stories for English- and local-language audiences - is an animated feature from Bend It Like Beckham director Gurinder Chadha, a comedy series in development with Paul Feig and a TV series from writer-director Nagesh Kukunoor.

Los Angeles-based Hyde Park, which also has an office in London, will open an Asian base in Chennai, India to facilitate the new division. The company’s long-term film financing partnership with Image Nation Abu Dhabi will continue.

Hyde Park Entertainment Asia’s initial slate includes Pashmina, an animated musical feature for Netflix, with Chadha on board to direct; Break The Room, an Indian-American half-hour comedy series in development with Paul Feig’s Diversity Initiative Powderkeg and ShivHans Pictures; Maximum City, a planned series of films based about the Mumbai underworld, with Anurah Kashyap set to direct; and Paradise Towers, a drama series with Zoya Akhtar directing from scripts based on the Shweta Bachchan Nanda novel.

Also on the slate are The Conch Bearer, a YA fantasy series based on the books by Chitra Banerjee Divakaruni, and Deb, an eight-part thriller series rooted in Indian mythology from writer-director Nagesh Kukunoor, whose Dhank was a prize-winner at the Berlin film festival.

Commenting on the new division, Amritraj said: “Now more than ever the Hollywood dream needs to be multicultural and all inclusive. I look forward to collaborating with wonderful Indian and Asian talent long into the future to tell unique and authentic stories that reflect our global world.”