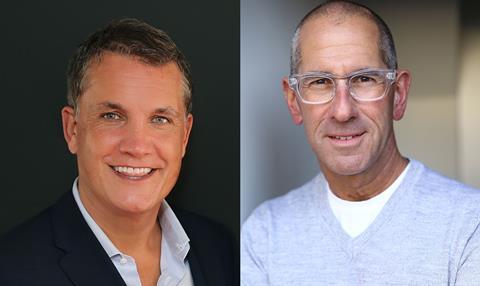 As president of unscripted and alternative content Gurin, who won three Primetime Emmy Awards as an executive producer on ABC’s Shark Tank, will also work with brands and broadcasters to initiate new revenue models with partners and expand with production and development offices overseas. He will report directly to Ford.

The division will complement IM Global Television’s scripted operation, which is led by president Mark Stern and overseen by Ford.

Eli Shibley, president of IM Global’s international TV distribution and co-productions operation, and his team will represent international rights to content produced by the new division.

The Gurin Company will continue to serve as a production company on its existing slate of broadcast and cable television shows.

His shows have aired on every major US broadcast network, numerous cable networks, and in more than 150 countries. Gurin also won an international Rose d’Or for the comedy game show Oh Sit!, which he co-created for The CW.

In the past year, Gurin has created and executive produced original new formats for ITV1 in the UK, NBC in the US and CBC in Canada.

“The opportunity to build a robust unscripted and alternative studio, backed by the international resources of TMP, IM Global and Chinese internet giant Tencent Holdings immediately allows us to compete alongside the biggest players in the unscripted space,” said Gurin.

“We will instantly look to build a strong creative team here in Los Angeles, as well as in London, China and Latin America. We will continue to forge worldwide relationships driven by cutting-edge, adaptable content creation, and we will be opportunistic and responsive to the changing needs of buyers everywhere. Leading the build-up and global expansion of such a well-financed team has been a dream of mine, and I am excited to generate great future success alongside Stuart and his team.”

“Phil gives IM Global TV a great opportunity to expand our participation beyond conventional unscripted television formats and to help innovate new formats for the global audience,” said Tang. “We are excited about our new initiative led by Phil in collaboration with our global partners, including Tencent, CMC, and Huayi Brothers.”

“Phil is a hugely respected and experienced figure in the unscripted and alternative content arena and therefore a very important addition to our fast evolving television studio,” said Ford. “Along with our partners at TMP and Tencent we’re very excited to dovetail the phenomenal output of Phil and his team with our existing scripted production, deficit financing and international TV distribution operations.”

Gurin began his career as a writer on MTV’s Remote Control and on Nickelodeon’s Double Dare, Make The Grade and Wild And Crazy Kids.  He launched his own company in 1997 and went on to produce CBS’ Candid Camera in primetime for four years, which was followed by an extensive run of shows on NBC, including Twenty One, Weakest Link, The Singing Bee, Miss Universe, Miss USA, and Miss Teen USA.

Other live events include Women Rock on Lifetime) and US Olympic Hall Of Fame on USA and NBC.