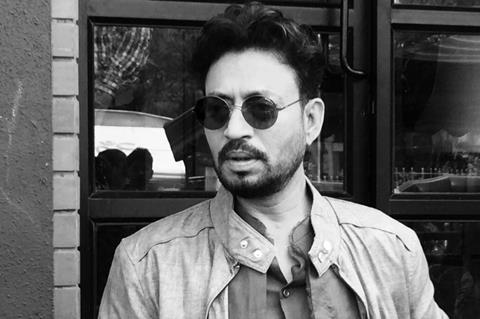 The actor announced in 2018 that he’d been diagnosed with a neuroendocrine tumour, but made a partial recovery following treatment in London and continued to act in Indian productions such as Angrezi Medium  (2020).

He was admitted to Mumbai’s Kokilaben Dhirubhai Ambani Hospital on Tuesday (April 28), where he was under observation for a colon infection. His representatives issued a statement:

“ ‘I trust, I have surrendered,’ these were the some of the many words that Irrfan expressed in a heart felt note he wrote in 2018 opening up about his fight with cancer. And a man of few words and an actor of silent expressions with his deep eyes and his memorable actions on screen. It’s saddening that this day, we have to bring forward the news of him passing away. Irrfan was a strong soul, someone who fought till the very end and always inspired everyone who came close to him.”

Khan won a National Film Award, one of India’s top honours, for his role in biographical sports drama Paan Singh Tomar (2011). His credits in Indian productions also include arthouse titles such as Qissa: The Tale Of A Lonely Ghost (2013), Doob - No Bed Of Roses (2017) and The Song Of Scorpions (2017).

Angrezi Medium, a loose sequel to his 2017 hit Hindi Medium, was released theatrically in India on March 13, but had its release cut short by the outbreak of the Covid-19 coronavirus. The film was made available less than a month later on streaming platform Disney+ Hotstar.

Khan’s mother died a few days ago in Jaipur, India, and the actor had watched her funeral via a video link in Mumbai as he was unable to attend due to India’s on-going coronavirus lockdown.

He is survived by his wife Sutapa and sons Babil and Ayan.

Thank you for those indelible movie memories….thank you for raising the bar as an artist …thank you for enriching our Cinema….we will miss you terribly Irrfan but will always always be immensely grateful for your presence in our lives…..our cinema….we salute you🙏❤️😪

T 3516 - .. just getting news of the passing of Irfaan Khan .. this is a most disturbing and sad news .. 🙏
An incredible talent .. a gracious colleague .. a prolific contributor to the World of Cinema .. left us too soon .. creating a huge vacuum ..
Prayers and duas 🙏

Words fail to describe my sense of shock and horror to learn about Irrfan Khan’s passing away. My prayers and deepest condolences are with the family at this grave hour. India’s lost one of her biggest icons today. Our world left for the poorer… #IrrfanKhan #Forever

Indescribably saddened to hear that we’ve lost Irrfan Khan. I’ll always be thankful to him for taking care of Sonam when they worked together & for being her guiding light at the time. He was an inspiration for everyone, a remarkable actor, unmatched talent & a great human being.