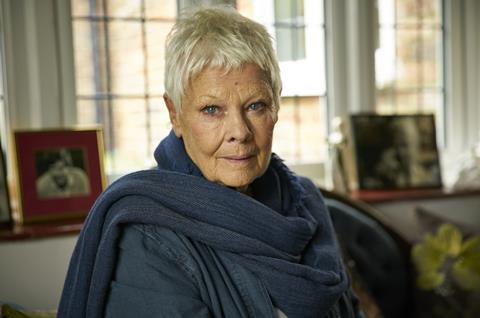 Judi Dench in ‘The Dames’

The British Independent Film Awards (BIFAs) have announced that Judi Dench will be honoured with the 2018 Richard Harris award for outstanding contribution by an actor to British film.

The award recognises her acting career in the UK and advocacy of the British film industry across the globe.

Dench commented: “It has been my absolute privilege to spend almost 60 years working in the British film industry, one of the most vibrant and creative homes for filmmakers in the world. To be recognised with this award, which bears the name of the great Richard Harris and counts some of my favourite actors and actresses amongst its past recipients is a source of deep pride and a very special honour.”

During her career Dench has won an Academy Award, ten Bafta awards, and a record eight Laurence Olivier Awards. She became a DBE (Dame of the British Empire) in 1988.