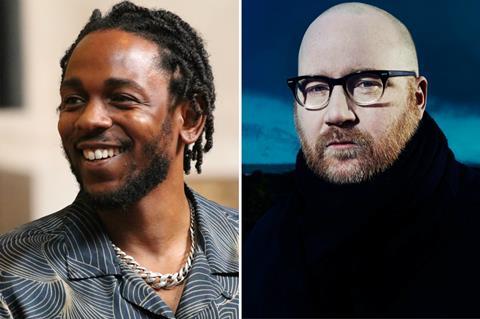 The 18th annual World Soundtrack Awards have been given out during the 45th Film Fest Gent in Belgium, with Icelandic composer Jóhann Jóhannsson receiving the best film composer award posthumously.

Jóhannsson, who won the same award last year before passing away in February 2018, was honoured this year for his work on Mandy, Mary Magdalene (co-composed with Hildur Guðnadóttir) and The Mercy. Guðnadóttir accepted the prize on his behalf.

The award for best original song written directly for a film went to ‘Black Panther’ from the film of the same name. The track was written by Kendrick Lamar, Kevin Gomringer, Tim Gomringer, Solana I. Rowe (aka SZA), Matt Schaeffer, Mark Anthony Spears and Anthony Tiffith.

Mudbound composer Tamar-kali received the discovery of the year prize for her work on the film, which was her first feature score. She will perform at the World Soundtrack Awards ceremony next year.

Best original score for a Belgian production went to Rutger Reinders for his work on Sahim Omar Kalifa’s Zagros, while Logan Nelson won the award for most original composition by a young international composer, and Laurent Eyquem received the public choice award for Mark Pellington’s Nostalgia.

French composer Philippe Sarde was previously announced as the recipient of the lifetime achievement award this year, for a career working with directors including Roman Polanski, Jean-Jacques Annaud and Robert Bresson.

Carol composer Carter Burwell was a special guest of this year’s event.