‘Let The Right One In’ TV pilot to star Demian Bichir 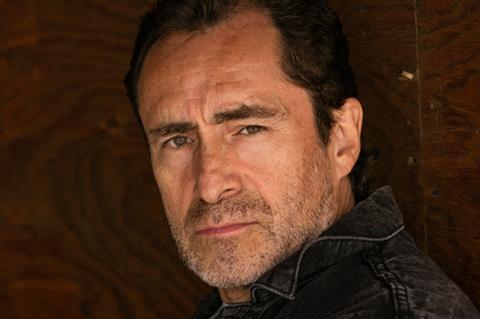 Demian Bichir has been set to star in a TV spin on Bafta-nominated Swedish vampire feature Let The Right One In.

US premium cable channel Showtime has ordered a pilot for the series, inspired by the 2008 feature and the novel on which it was based, from Tomorrow Studios, the partnership between producer Marty Adelstein and ITV Studios.

Bichir will play a husband and father whose life is disrupted by a mysterious creature that turns his daughter into a vampire.

A pilot for a series version of the film was ordered from Tomorrow by US basic cable channel TNT several years ago but did not go into production.

Showtime Networks executive vice president of scripted programming Amy Israel said: “Let The Right One In quickly establishes itself as a thrilling, high-stakes drama that asks the question: How far would you go to save your child from the monsters out there – would you risk becoming a monster yourself? Demián Bichir is one of the world’s most dynamic and engrossing actors, and his charisma and vulnerability will surely bring Andrew Hinderaker’s exquisite script to life, guided by Seith Mann’s deft direction. We couldn’t be more excited about the potential of this show.”

Hinderaker described the series as “both a love letter to the original film, and a story entirely our own.”