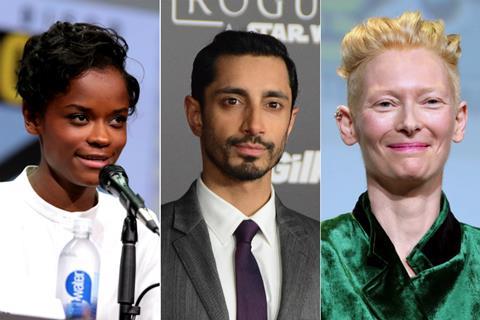 Wright and Ahmed will give Screen Talks about their careers. Both are former Screen Stars of Tomorrow from 2012 and 2006; Wright appears at the LFF in Steve McQueen’s festival opener Mangrove, while Ahmed wrote and starred in Bassam Tariq’s rap drama Mogul Mowgli.

Tilda Swinton will take part in a session titled ‘Reflections on Friendship’s Death’, a discussion with fellow actor Bill Paterson about their lead roles in 1987 film Friendship’s Death, the only solo feature film made by UK film theorist Peter Wollen.

A strand of Young Programmer events will discuss breaking down barriers to disadvantaged young people working in film and TV; while three Discursive Events include discussions on ‘The Female Horror Renaissance’, the ‘British Doosra Movement’, and the rise of sneaker culture.

The festival has also announced a selection of XR events, which will take place inside newly-created virtual exhibition space The Expanse.

LFF announced its programme on September 8, with a combination of physical screenings and online films. It has since added Regina King’s One Night In Miami and McQueen’s Lovers Rock, as well as launching a works-in-progress showcase for UK projects in development.