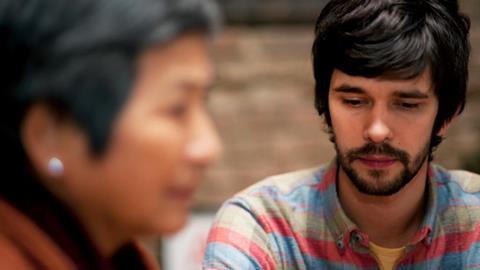 The story centres on Richard (Ben Whishaw), who reaches out to his recently deceased partner’s mother Junn (Cheng Pei Pei), a Chinese-Cambodian woman who has never assimilated or learned English during her 20 years in London - and didn’t know her son was gay.

Artificial Eye will distribute in the UK and Protagonist Pictures is handling international sales.

The film marks UK-based Hong Khaou’s debut feature, following two successful shorts which both previously played at the LLGFF. The cinematography, by Ula Pontikos (Weekend), won an award at Sundance.

Hong Khaou said: “I’m so thrilled Lilting will be opening the LLGFF. It’s a wonderful film festival to kick off our home and European premiere. It feels like a prefect fit to have it in London and at the BFI.”

The full LLGFF programme will be released next week (Feb 19). Programmers promise 50 features, a new VOD strand through the BFI Player, an enhanced industry offer including an LGBT talent development programme, plus visiting filmmakers, events, installations and a previously unseen Derek Jarman work.

Following a wide audience consultation last year, the BFI will also announce a new name for the festival, and launch its monthly incarnation at BFI Southbank alongside releases of contemporary and archive gay, lesbian, bisexual and transgender cinema on the new VoD channel. The new brand will be unveiled at the launch event.