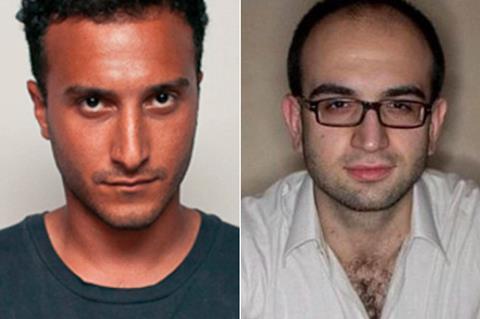 Projects from US filmmaker Lotfy Nathan and Italian-Iraqi director Haider Rashid are among the 23 titles selected for the project market of the Red Sea Souk, the industry platform of the Red Sea International Film Festival.

The project market is split into two sections: 12 projects in the market alone, with a further 11 market projects that have been developed in the Red Sea Lodge throughout the year, in workshops in partnership with the TorinoFilmLab.

Two of the Red Sea Lodge projects will receive production prizes of $100,000 each.

The Souk has also selected six feature projects in post-production for its Work-In-Progress showcase. A separate jury there will distribute a post-production award of $30,000.

Nathan will present an Egyptian-US co-production called Gura, on which few details are currently available. Having directed 2013 SXSW documentary 12 O’Clock Boys, Nathan broke through on the European scene earlier this year with Cannes Un Certain Regard selection Harka, which won the best performance prize for Adam Bessa, jointly with Vicky Krieps for Corsage.

Rashid’s Iraqi-Italian co-production Tigris will be his first feature since thriller Europa, which debuted in Directors’ Fortnight at Cannes 2021.

There are 10 feature debuts across the Red Sea Souk selection, which aims to discover and connect Arab and African filmmakers to the international film community.

“Following the success of our inaugural edition, we have seen an increase in submissions from established and emerging filmmakers who are redefining filmmaking in the region. There is an increased appetite for content,” said Myriam Arab, consultant for the Red Sea Souk.

I Am Coming For You (Cam) dir. Cyrielle Raingou

She Was Not Alone (Iraq) dir. Hussein Al-Asadi

Where Is The Healer? (S Afr-US) dir. Tebogo Malebogo

A Quarter To Thursday In Algiers (Alg) dir. Sofia Djama

You Were The Poet, And I Thought I Existed (Saudi) dir. Sara Mesfer

The Mother Of All Lies (Mor-Qat-Saudi-Egy) dir. Asmae El Moudir