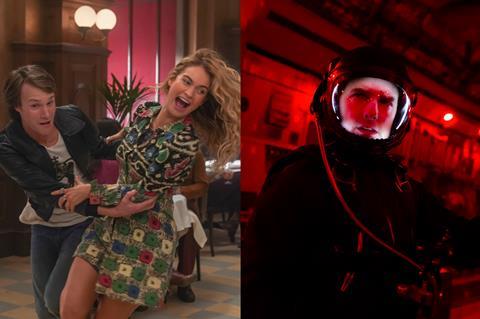 UK distributors will have been thrilled to see the rain this weekend.

Mamma Mia! Here We Go Again reigned over the box office once again, holding superbly with a £7.1m three-day, meaning the film dropped a very slim 27% on its opening.

The film is now up to £27m and counting, meaning it is already making headway towards being one of the year’s biggest titles (currently Avengers: Infinity War leads with £70.8m, followed by Black Panther on £50.4m). The original Mamma Mia! ended on a goliath £68.6m - the latest film still requires significant legs to get near that figure.

Mission: Impossible – Fallout took off with a £5.4m three-day opening weekend. That figure came from 585 sites, making for an average of £9,231. Including previews, the official opening for the film is £7.3m.

Backed by strong reviews, Fallout will be looking to challenge the franchise’s overall highest grossing entry in the UK, Rogue Nation, which maxed out on £21.2m.

Incredibles 2 won the war of the family animations this weekend by topping Hotel Transylvania 3, despite being in its third week of release. The film added £5.1m and is up to £33.2m so far, meaning it has now passed the total UK grosses of its predecessor The Incredibles, which topped out at £32.3m.

Family animation Hotel Transylvania 3: A Monster Vacation opened with £3.4m from its 549 sites this weekend, an average of £6,193. That tops the original’s £1.7m bow but falls short of the sequel’s £6.3m, though the latter figure included a heft £3.5m in previews, meaning this is technically the best opening weekend for a Hotel Transylvania film to date. The second film ended its UK run on £20.7m.

Renowned violinist Andre Rieu was back in UK cinemas again this weekend for his annual one-off concert. The popular event cinema release - Andre Rieu 2018 Maastricht Concert - took a projected £1.6m. If that turns out to be an accurate final result, the figure is his best yet, eclipsing the 2017 opening of £1.4m.