Mueller said his unexpected resignation was due to “divergent opinion” with the festival organisers. 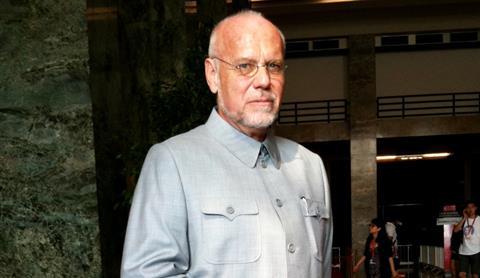 The six-day festival will open on Dec 8 with the Asian premiere of Valérie Müller and Angelin Preljocaj’s Polina, which recently premiered at Venice Days.

The rest of the competition is filled by six Asian premieres, including 150 Milligrams by Emmanuelle Bercot, Free Fire by Ben Wheatley [pictured], Queen Of Spades by Pavel Lungin, Saint George by Marco Martins, The Winter by Emiliano Torres and Trespass Against Us by Adam Smith.

The Hidden Dragons section, which features nine contemporary genre films, will open with the world premiere of Macanese director Emily Chan’s Our Seventeen. Erik Matti’s Seclusion and Derek Nguyen’s The Housemaid will make their international premieres.

The Best Of Fest Panorama will open with Nele Wohlatz’s The Future Perfect, one of nine festival titles selected for this section.

Three films starring Gwei Lun Mei from Taiwan will be presented in Actress In Focus, including her most recent feature Forêt Debussy. Another two-film special presentation pays tribute to Swiss director Clemens Klopfenstein.

The Crossfire consists of 12 non-US genre films which are picked by a dozen of film-makers in recognition of their long-lasting influence on Asian film-making. These include Jean-Pierre Melville’s A Cop (selected by Ann Hui), Henri-Georges Clouzot’s Diabolique (selected by Kim Jee-woon) and Georges Franju’s Eyes Without A Face (selected by Kiyoshi Kurosawa).

Mueller told Screen today [Wed 14] that his departure was due to “divergent opinion” with the festival’s organising committee.

“I feel serene now that I’ve done the work I’m asked to do, but it’s sad that I’m forced to leave before the festival starts,” he said.

The post of acting festival director is now assumed by Maria Helena de Senna Fernandes who is president of IFFAM organizing committee and director of Macao Government Tourism Office.