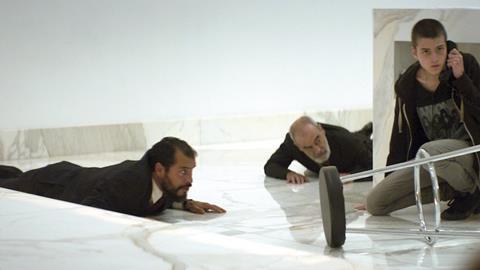 Music Box has acquired US and Canadian rights to Mexican Rodrigo Pla’s A Monster With A Thousand Heads, following its premiere at Venice and market screening at Toronto.

The feature, which premiered as the opening film of Venice’s Horizons strand, will head to other festivals this year including Warsaw and Tokyo, where it will play in competition, as well as London, Hamptons and Chicago.

The social thriller stars Jana Raluy as the wife of a man dying from cancer who is pushed to desperate to take desperate measures after their medical insurer vetoes what she believes to be life-saving treatment.

Kino Lorber announced it had acquired the feature for the US during Toronto. It plans to a theatrical release in the first half of 2016 followed by festivals and ancillary platforms.

The film is due to screen in Hamberg, Warsaw, Chicago and London in the coming months.