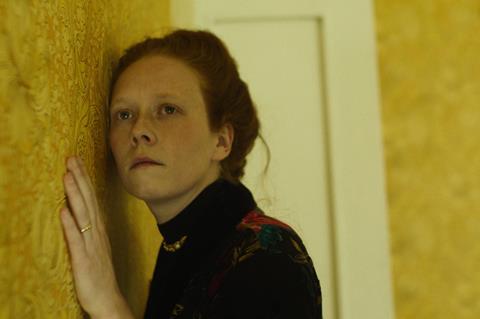 US development, sales and distribution company Mutiny Pictures has picked up world rights to feminist drama The Yellow Wallpaper and thriller Drive All Night and North American rights to comedy Love In Kilnerry.

The company has also named Jonathan Barkan as head of acquisitions, head of filmmaker relations and development director. Barkan will also be a partner in the company.

Directed by Kevin Pontuti and based on a Charlotte Perkins Gilman short story, The Yellow Wallpaper stars Alexandra Loreth as a woman suffering from hysteria.

Drive All Night, written and directed by Peter Hsieh, is about a taxi driver, his mysterious passenger and an obsessive hitman. Yutaka Takeuchi and Lexy Hammonds star.

With Daniel Keith co-directing and starring, Love in Kilnerry follows the residents of a small town that descends into chaos after a byproduct from a local chemical plant causes a dramatic increase in libido.

Barkan joins Mutiny after stints at The Horror Collective, where he was vice president of feature film acquisition and distribution, Bloody-Disgusting and Dread Central.

Barkan said: “What made me sign on with Mutiny Pictures was their mission statement. They embrace and practice transparency with their filmmakers, which is something I’m a firm believer in. Additionally, the opportunity to start branching out of horror and into other genres, as well as getting involved in development, was something I couldn’t turn down. Getting to know the Mutiny Pictures team has been incredible and I look forward to everything we’ll be able to accomplish together.”