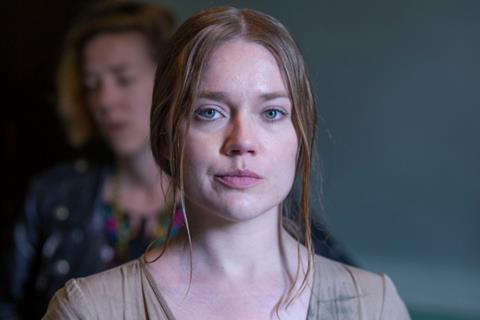 Los Angeles-based Myriad Pictures’ genre label Scoundrel Media has acquired international rights excluding the UK and South Africa to horror thriller The Unfamiliar and will kick off sales at the Cannes virtual market next month.

Vertical Entertainment will handle the North American release on the story starring Jemima West from The Mortal Instruments: City Of Bones as a  British Army doctor who returns from battle with what she thinks is PTSD only to discover that she is being attacked by malevolent spirits.

Henk Pretorius directed from a screenplay by Jennifer Nicole Stang, and the cast includes Christopher Dane.

Myriad Pictures president and CEO Kirk D’Amico said, “We are excited to be handling international sales on this smart and timely horror thriller film in which director Henk Pretorius has gotten great performances from his cast including especially the lead played by Jemima West. We are also delighted to start working with the talented people at Dark Matter Studios.”

Dark Matter Studios’ Greeff, who founded the UK-based company with Pretorius, added, “Being internationally represented by an industry icon, Kirk D’Amico’s Scoundrel Media, has been an important milestone for Dark Matter Studios. The timing of the global release allows us to compete with major studios on a more even playing field.”