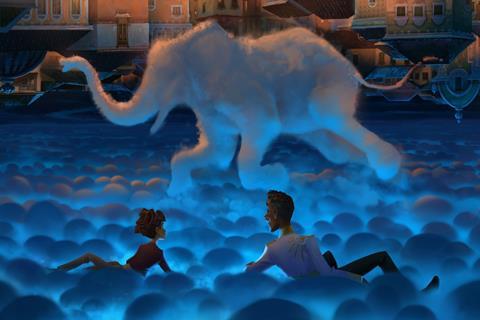 Netflix is acquiring Australian animation studio Animal Logic as the streamer seeks to develop end-to-end cproduction capacity and builds on  releases like The Sea Beast and Oscar-nominees Over The Moon and Klaus.

The Animal Logic and Netflix Animation teams will create a global creative production team with the goal of handling some of Netflix’s largest animated film titles. The streamer will continue to work on animation with other studios.

The companies have established a roster of films at Animal Logic’s Sydney headquarters and Vancouver studios including The Magician’s Elephant (pictured) directed by Wendy Rogers, and recently announced The Shrinking Of The Treehorns directed by Ron Howard.

Among Animal Logic’s Hollywood credits are: Happy Feet, Legend Of The Guardians: The Owls Of Ga’Hoole, the LEGO films and Peter Rabbit 1 & 2. It has done visual effects work on The Matrix, Moulin Rouge!, 300, and The Great Gatsby, among others.

Netflix’s original slate of animated features and shorts includes Back To The Outback directed by Clare Knight and Harry Cripps, and Apollo 10 ½: A Space Age Childhood from Richard Linklater. Coming up are Guillermo del Toro’s Pinocchio, Henry Selick’s Wendell & Wild, Nora Twomey’s My Father’s Dragon, and a Chicken Run sequel from Aardman.

Recent animation acquisitions include Oscar-nominated The Mitchells vs. The Machines, Vivo!, Spongebob: Sponge On The Run (excluding North America), and Wish Dragon.

The Animal Logic transaction is expected to close later this year and is subject to regulatory approvals and other customary closing conditions.