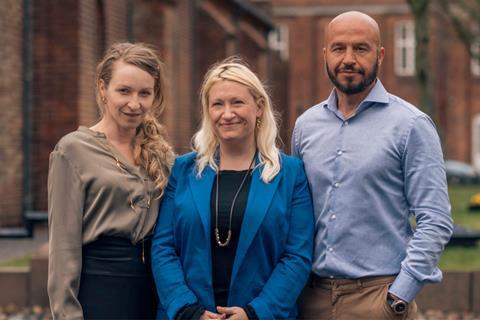 The feature will be directed by Barbara Rothenborg, whose credits include drama series White Sand and recent feature Food Club, and will be released globally on Netflix in 2022.

Scandinavian powerhouse SF Studios recently began production on the thriller, building on its relationship with Netflix after scoring success with drama series Snabba Cash and the streaming giant’s first Swedish feature, Red Dot. Producer is Marcella Dichmann and the script has been written by Jacob Weinreich and Anders Rønnow Klarlund.

Based on the novel Kærlighed For Voksne by Anna Ekberg, the story is about a seemingly perfect couple for whom everything changes when the woman sees her partner with another at a party and she sets out to ensure he doesn’t leave her.

Filming will take place on the Danish island of Fyn, including the city of Middelfart, and the feature will be broadcast on Danish channel TV2 following its Netflix debut.