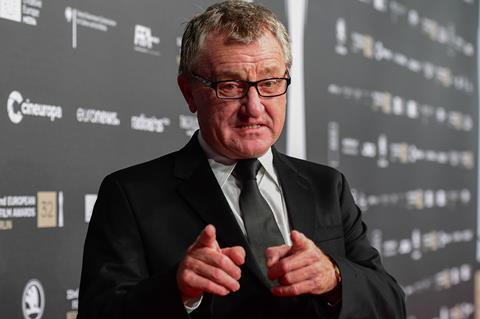 UK-Irish producer Mike Downey, the new chairman of the European Film Academy (EFA), took an immediate stand against sexual harassment in the film industry in his first public speech at the European Film Awards in Berlin on Saturday (December 7).

“The European Film Academy deplores violence against women in all its forms,” said Downey, who has succeeded Polish filmmaker Agnieszka Holland as chairman.

He addressed the controversy surrounding Roman Polanski’s An Officer And A Spy which was nominated for four awards including best film and best director. The film fell out of the EFA eligibility period but was deemed “exceptional” enough to be included in a way Yorgos Lanthimos’ The Favourite was not last year.

“In the context of the recent allegations against Roman Polanski, the board of EFA is currently looking to revise its disciplinary measures along the lines of those under consideration by the French Society of Film Directors (SRF),” he said referring to the France’s Directors Guild, or La Société des Réalisateurs de Films (SRF).

The question of whether Polanski’s film should have been included in the list of films eligible for consideration for a nomination had been discussed by EFA members at its general assembly in Berlin following a new rape allegation against the controversial filmmaker in November. Polanski denies the allegations.

Polanski was expelled from the US Academy last year due to his conviction for having “unlawful sex” with a 13-year-old child in Los Angeles in 1977. He had pleaded guilty to the charge but then fled the US, fearing he faced a long prison sentence. The French-born filmmaker has primarily lived in France ever since.

Speaking at a conference for gender parity, equality and diversity in Paris last month, SRF board member and director Rebecca Zlotowski called for “a general assembly on the issues of sexual abuse and harassment in the film industry ”with a view to reaching a charter, a common code of conduct, and specific measures”.

French authors, directors and producers’ guild l’ARP is also formulating new rules to combat acts of sexual misconduct within its ranks.  Under its proposed measures, any member convicted in a court of law of a crime of a sexual nature would be automatically excluded from the organisation, while any member under investigation on charges of sexual misconduct would be suspended until the case was decided.

Downey did not give details on EFA’s plans for disciplinary measures and how they would be applied.

However, Downey said in the case of An Officer And A Spy:  “From a procedural point of view, we must respect the democratic decisions of the EFA membership, and we look to respect the work of hundreds of French and European artists and crew who have worked on that film in question.“

On the night, Polanski’s film went home empty-handed and The Favourite scooped eight awards, an entire awards season after it was similarly garlanded at other international ceremonies. Both films had premiered at the Venice Film Festival.

However, An Officer And A Spy was not the only title to benefit from the EFA’s eligibility exception clause which also allows “outstanding films“ that premiere between June and September to be considered “provided the rights-holders agree to provide the films for the EFA VOD Platform“.

Roy Andersson’s Venice competition film About Endlessness was also added to the film selection – and went on to win the best visual effects prize.

There was no perceptible negative reaction to An Officer And A Spy during the awards ceremony. The biggest talking points at the aftershow party was the absence of a video message from The Favourite director Lanthimos. The best film prize was collected by producers Lee Magiday, Andrew Lowe and Ed Guiney, who were joined onstage by Sandy Powell who won the prize for best costume designer for her work on the film.