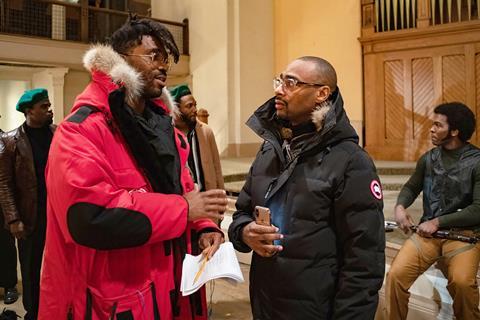 Shaka King, Ryan Coogler and Charles D King, the Oscar-nominated producers of Judas And The Black Messiah, are reteaming to develop a new feature project.

Few details of the project have been revealed, beyond the fact that the story centres on an American political insurrection.

King will once again direct as well as serving as a producer along with Coogler, for his Proximity multimedia company, King, founder and CEO of Macro, and Lil Rel Howery, the actor-writer-producer known for films including Get Out.

Judas And The Black Messiah earned six Oscar nominations earlier this year, including a best picture nod, the first to go to an all-Black producing team, for Shaka King, Coogler and Charles D King. Daniel Kaluuya won the best supporting actor statuette and the film also won in the best original song category.

Coogler is best known as writer-director of Black Panther.

Charles D King’s Macro is a multi-platform media company representing the voice and perspectives of Black people and people of colour.