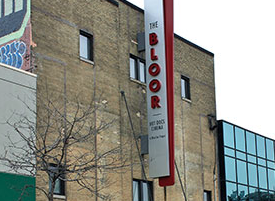 Hot Docs has established the Hot Docs Ted Rogers Fund with a $1m gift from the Rogers Foundation.

The grant follows a $4m gift from the Rogers Foundation to purchase the Bloor Hot Docs Cinema, the century-old theatre in Toronto’s Annex neighbourhood that Hot Docs has operated, managed and programmed for the past four years.

Named after the late philanthropist and president and CEO of Rogers Communications, the Hot Docs Ted Rogers Fund will provide financial support to Canadian documentarians.

“Documentaries provide an urgently needed reflection of our society – warts and all,” said Hot Docs president Chris McDonald. “The Rogers Foundation’s generous support for doc makers recognises the depth of talent in this country, and provides them critical resources to tell their stories.”