British director Charlie Lyne has provoked a debate in the UK about censorship and the inner workings of the BBFC with his film/provocation, Paint Drying. 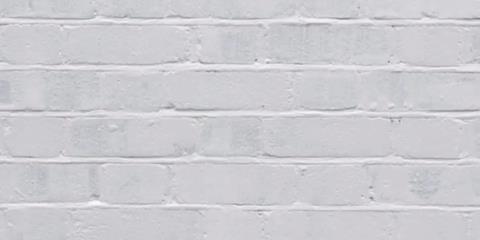 Paint Drying fully lives up to its title. Around 10 hours long, this experimental epic was crowd funded. Its length was determined by the amount of money Lyne raised (£5,936 before Kickstarter took its fee).

The director wanted the public to know that the British Board Of Film Classification (BBFC) charges per minute for each movie it rates. Indie filmmakers have to pay the same as big US studio movies.

“Unlike, say, the US ratings board which has a sliding scale cost system based on budget, the BBFC charges the same to Disney as it would to you or I,” said Lyne.

The movie was shot in 4K digital video and originally lasted 13 hours. Lyne edited it down to a trim 607 minutes - and this is the version that two BBFC examiners sat through recently. “The editing was very minimal. What took all the time was working out the process of getting that onto a DCP to be screened by the BBFC.”

In the end, the BBFC awarded Paint Drying a U certificate - and charged Lyne £5,286.16 for its pains. The BBFC confirmed there was nothing in the film likely to offend or harm in the film, described on its as “a film showing paint drying on a wall”.

Now, Lyne is in talks with a cinema (he won’t reveal which one) to host a public screening of Paint Drying followed by a debate about censorship practices - and in particular the charge-by-the-minute policy followed by the BBFC.

Lyne acknowledges that he made the film to “inspire conversation” about the BBFC’s working methods. “For me, the goal was always to take it (the BBFC) from being this thing which was an accepted part of the landscape and make it something that is actually a valid subject for debate.”

Lyne’s feature doc Fear Itself (billed as “a journey through fear and cinema”) is a world premiere of sorts in Rotterdam. It marked the first time it has been seen on cinema screens, although British audiences did have a chance to watch it on the BBC iPlayer last autumn.

The BBFC has now responded to some of the subjects Lyne’s film raises.

“BBFC fees have come down 22% in real terms between 2007-2015. The formula we are using for future fee increases is based on RPI -1%, forcing us to make efficiency savings and ensuring that the real cost of classification continues to fall.  Using this formula, there was no fee increase in 2016,” a BBFC spokesperson commented.

“With regards to a debate, we wouldn’t take part in this since we’ve received no similar feedback from our customers about our fees or our Guidelines and how they are implemented. We regularly consult the industry on the service we provide to ensure it is cost effective and efficient for them. With regards to a review of the laws that require the classification of film and video (DVD/Blu-ray) works in the UK, this is a matter for UK Government and not the BBFC.”

The BBFC spokesperson also stated: “The BBFC is a non-profit organisation that works to protect children, from content which might raise harm risks and to empower the public, especially parents, to make informed viewing choices. It implements Classification Guidelines that reflect changing social attitudes towards media content through proactive public consultation and research.

“The BBFC respects the principle of adult free choice, but will still intervene where required by the law or where in our view there is a credible harm risk. Both the free choice principle and these limited exceptions are supported by the public, and also reflect our statutory duties.”