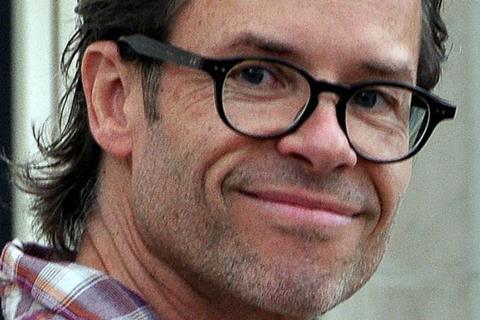 The film is in post and scheduled for delivery in early 2022. Andrew Hunt wrote and directs the story about Bruce Cogburn, a reclusive and controversial author who is drawn out of hiding by an obsessive fan into a labyrinthine and treacherous game.

The Infernal Machine shot entirely in the Algarve region of Portugal doubling for the US Southwest U.S. border. The UK-Portugal co-production recently wrapped a five-week shoot at Portugal’s Moviebox Studios and on locations in and around the town of Loulé.

The Infernal Machine is a production of Moviebox Studios in association with Spy Manor, Monte Productions and Filmology Finance. Post-production is being handled by Serve Chilled in Queensland Australia with the support of the Queensland Government through Screen Queensland’s Post, Digital and Visual Effects incentive.

“My colleagues and I are delighted that Paramount see in the story the same potential that we see and we could not be happier to have them as our distribution partners and to entrust them with our baby,” said Lionel Hicks.