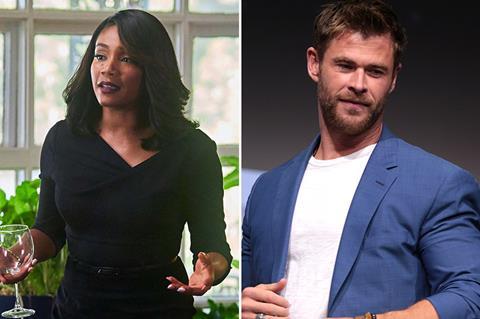 In the first giant on-site studio acquisition, Paramount Pictures is understood to be closing a deal in the $40m-$50m region for worldwide rights to the Chris Hemsworth and Tiffany Haddish action comedy Down Under Cover.

According to reports, the studio is lining up a first quarter 2020 production start. FilmNation and CAA Media Finance brought the package to the market.

Down Under Cover marks another coup in what has turned out to be an impressive week for Paramount, which is moving aggressively to return to its former glory days, despite Hollywood executive Mark Gill’s comments at Winston Baker’s International Film Finance Forum on Friday that he sees only three studios on the horizon – Disney, Warner Bros, and Universal.

Paramount’s Elton John biopic Rocketman has been one of the talking points of Cannes and earned generally solid reviews after its world premiere on the Croisette, which was followed by a glitzy party where John performed a duet with the film’s star Taron Egerton.

Last week it emerged that Paramount has struck a co-production and co-finance first-look deal with Steven Paul’s SP Media Group on comic book adaptations from the Atlas Comics stable, in which SP Media Group has bought a majority stake.