Peter Haber joins 'Britt-Marie Was Here' as shoot gets underway 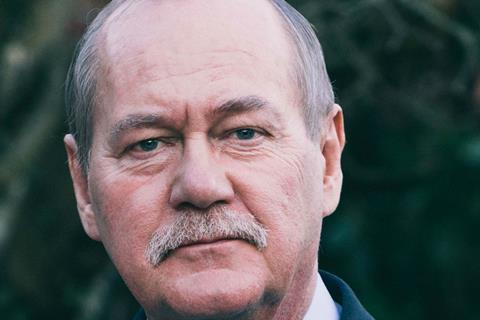 Peter Haber (The Girl with the Dragon Tattoo, Beck) has joined the cast of Tuva Novotny’s Britt-Marie Was Here, which has now started shooting in Goteborg, Sweden.

Haber plays the husband of Britt-Marie, who as previously reported is played by Pernilla August. Other new cast members joining the production are Anders Mossling (The Bridge), Malin Levanon (Drifters) and Vera Vitali (Arne Dahl - Misterioso).

The SF Studios production is adapted from another bestselling novel from Fredrick Backman, the author of A Man Called Ove.

The drama/comedy is about a 63-year-old woman who leaves her husband after 40 years of marriage and ends up in a backwater town, where she finds a new lease of life.

The film is co-produced by Film i Väst, TV4, Nordsvensk Filmunderhållning and Filmkameratene AS with support from the Swedish Film Institute and the Norwegian Film Institute.

In addition to producing, SF Studios handles distribution (a Christmas 2018 release is planned) and international sales.

“It feels wonderful to have such a skilled, experienced and generous ensemble of actors around Pernilla, all contributing to the universe of the film with their unique and individual abilities,” Novotny said.

“We are extremely pleased to finally have started the principal shooting of the film. Tuva is a fantastic director and is doing a great job bringing already much-loved characters to life in this movie,” added Gustav Oldén (who produces alongside Nicklas Wikström Nicastro).