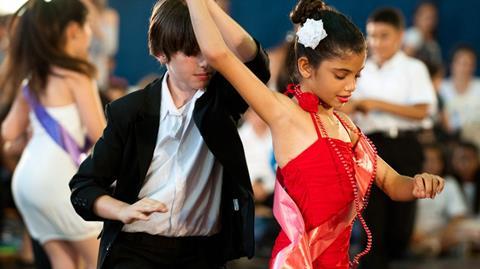 Documentary Dancing in Jaffa, which premiered at Tribeca last month, has been sold to French distributor Pretty Pictures ahead of its market screenings in Cannes next week.

Medalia directed, produced and wrote the ballroom dancing documentary, which was produced by Diane Nabatoff and Neta Zwebner-Zaibert.

The film follows international ballroom dancing champion Pierre Dulaine who takes his belief that dance can overcome political and cultural differences and applies it to 11 year old Jewish and Palestinian Israelis.

Pretty Pictures’ Velaise branded the film “the most powerful documentary since Searching for Sugar Man” and said it would release the film in France this autumn.