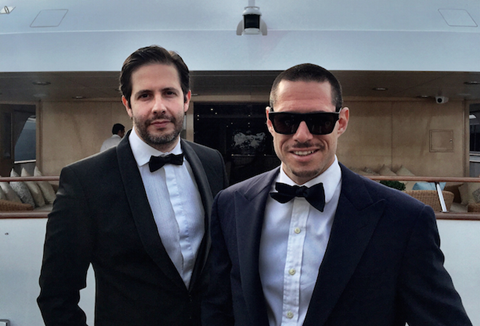 Kasidokostas-Latsis (pictured at right), Dougas (pictured at left) and Jean-Luc De Fanti will serve as executive producers on the Imagine, Quadrant Pictures and Cross Creek Pictures production, which commenced production in Atlanta today.

Film finance veteran Joe Cohen served as an advisor to the creation of the fund and Sky Moore served as legal counsel.

Hercules and Rhea Films will operate independently from 1821 Media, the production and finance company previously established by the partners.

The company is in post on Gavin O’Connor’s Jane Got A Gun starring Natalie Portman and Paul Weitz’ Grandma starring Lily Tomlin.