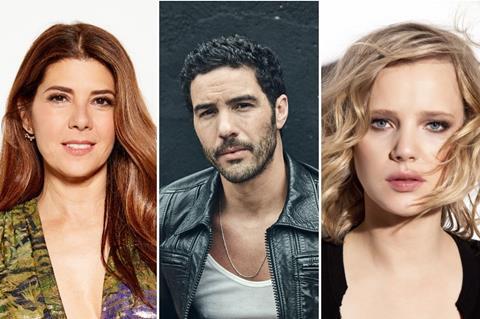 Anne Hathaway, Tahar Rahim, Marisa Tomei and Cold War star Joanna Kulig are to star in Rebecca Miller’s romantic comedy She Came To Me, which Protagonist Pictures will introduce to buyers at the Cannes virtual market (June 21-25).

Matthew Broderick has also joined the cast of the film, which will begin principal photography this autumn in New York. Killer Films’ Christine Vachon and Pamela Koffler are producing alongside Miller and Damon Cardasis from Round Films, while CAA Media Finance will handle North America sales.

The multi-generational romantic comedy follows a composer suffering from writer’s block, who rediscovers his passion after an adventurous one-night stand; a couple of gifted teenagers who fight to prove their love can last forever; and a woman who finds love in the most unexpected places.

The US writer/director’s previous features include The Private Lives Of Pippa Lee, which premiered at the Berlinale in 2009; The Ballad Of Jack And Rose, which starred Miller’s husband Daniel Day-Lewis; and Personal Velocity: Three Portraits, which won the grand jury prize at the Sundance Film Festival in 2002.