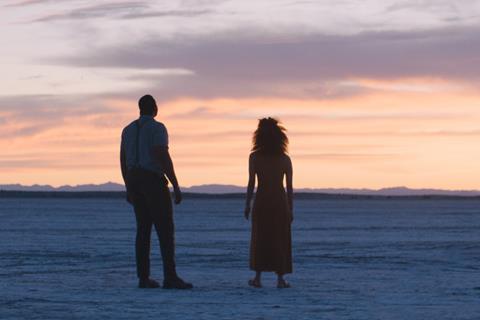 Protagonist Pictures has taken international sales rights to metaphysical drama Nine Days and will launch sales at the EFM in Berlin this week.

The film stars Winston Duke (Us) as a reclusive man in a distant reality who interviews prospective human souls for the privilege to be born. The cast also includes Zazie Beetz, Benedict Wong, Bill Skarsgard and Tony Hale.

It marks the feature debut of Edson Oda, a Japanese Brazilian writer-director based in Los Angeles.

The film received its world premiere in the US Dramatic Competition stand at Sundance last month, where Oda won the Waldo Salt Screenwriting Award.

The project is produced by Jason Michael Berman for Mandalay Pictures; Mette-Marie Kongsved and Laura Tunstall of Nowhere; Matthew Linder of Juniper Productions; and Datari Turner.