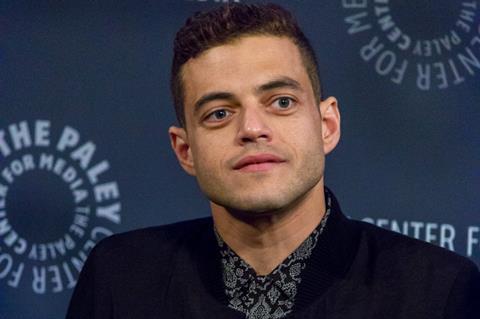 The news was announced via a livestream from famous Bond location GoldenEye in Jamaica, where Ian Fleming wrote the original Bond novels.

Malek, who was not in Jamaica but spoke via a pre-recorded video message, suggested he will play the villain, saying: “I will be making sure Mr Bond does not have an easy ride of it in this, his 25th outing.” Malek won the lead actor Oscar this year for his portrayal of Freddie Mercury in Bohemian Rhapsody.

Waller-Bridge is the first woman to have a writing credit on a Bond film since Johanna Harwood, who co-wrote the series’ first two titles Dr. No (1962) and From Russia With Love (1963).

Eon and MGM have also revealed early plot details for the film:

Bond has left active service and is enjoying a tranquil life in Jamaica.  His peace is short-lived when his old friend Felix Leiter from the CIA turns up asking for help. The mission to rescue a kidnapped scientist turns out to be far more treacherous than expected, leading Bond onto the trail of a mysterious villain armed with dangerous new technology.

Director Cary Joji Fukunaga said shooting had already begun in Norway; Eon and MGM Studios announced shooting in Jamaica will begin on April 28. Broccoli said production will then move to its regular home at the UK’s Pinewood Studios, before finishing in the hilltop town of Matera in southern Italy.

The film will be released from April 3, 2020 in the UK and internationally, and April 8 in the US, having been pushed back first from October 25 this year and then February 14 next year.

Fukunaga came on board in September 2018, after the departure of previously hired director Danny Boyle over ‘creative differences’.

The film will be the first in the series to be distributed internationally by Universal, since it won the contract in May last year after Sony Pictures four-film deal expired with Spectre in 2015.

Annapurna Pictures will handle the US distribution in a joint venture with producers Metro-Goldwyn-Mayer.