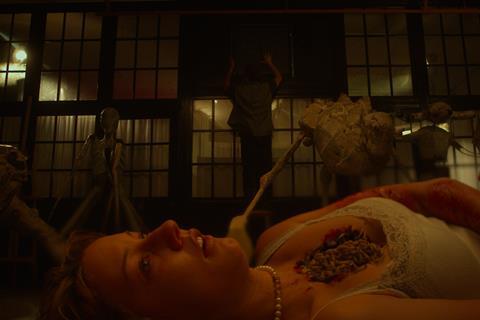 Toronto-based genre specialist Raven Banner has added The Dead Ones to its AFM sales slate and launches worldwide sales on the siege horror this week.

Jeremy Kasten directed from a screenplay by Zach Chassler about four high school teens in detention are accosted by a macabre gang dressed as the Four Horsemen of the Apocalypse that locks the building and begins to hunt the youngsters down.

Sarah Rose Harper, Brandon Thane Wilson and Katie Foster are among the cast. The Dead Ones premiered at the Brussels International Fantastic Film Festival earlier this year.