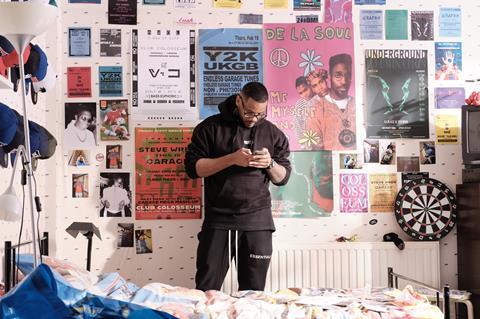 Reggie Yates on the set of ‘Pirates’.

Pirates, the directorial debut of UK filmmaker Reggie Yates, has completed production 220 days after it began, after it was forced to shut down filming in March due to the coronavirus pandemic.

The film wrapped on Thursday, October 1, having begun its initial shooting period on Monday, February 24.

The spread of Covid-19 necessitated a production shutdown three weeks later. It resumed on Monday, September 7, to complete what had been 10 outstanding shooting days.

Producer Kate Norrish discussed the shutdown and Covid safety measures in a ScreenDaily Talks session in June, noting the production was fortunate to have taken out production insurance before the Covid-19 exclusion came into force.

Production took place on location in London. The film is produced by Norrish and Polly Leys of Hillbilly Films; it was developed with BBC Films, which also financed it with the BFI.

Yates also wrote the film, which is a comedy focusing on three friends driving from North to South London on New Year’s Eve 1999 in search of tickets to the supposed hottest party in town.

Screen revealed first details of the project in February when shooting launched.

Applications are now open for the UK’s £500m Film and TV Production Restart Scheme for those productions that may need to recover costs due to Covid-19 that do not have pre-existing insurance coverage.