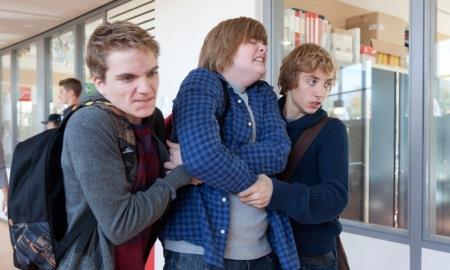 The film was selected by more than 1,000 children aged 12-14 in cities ranging from Barcelona and Bratislava to London and Tel Aviv.

Having watched the three nominated films on Young Audience Film Day, the young cinema-lovers had the opportunity to discuss the films before electing their favourite. The results were then reported live via video conference to Erfurt (Germany) where Polish actor Maciej Stuhr moderated the awards ceremony transmitted online as a live stream.

Young speakers from the German jury presented the award to Schram who thanked the audience and expressed his hope that the film may help to do something to combat bullying.