Robbie Williams biopic ‘Better Man’ to shoot in Australia in 2022 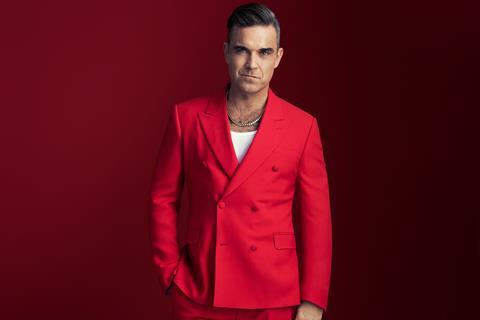 London-based Rocket Science is handling international sales on the project to which Roadshow Films has Australia and New Zealand rights.

The film will shoot at the city’s Docklands Studios, and is expected to create 2,200 local jobs for the industry in Victoria, of which Melbourne is the state capital. That figure includes 220 crew and 14 local heads of department; there will also be more than 2,700 extras, plus work for an estimated 300 local business.

It will be directed and co-written by Melbourne native Gracey, and will explore the experiences that shaped Williams, both on and off stage.

Gracey scored an international hit in early 2018 with musical The Greatest Showman, which has grossed $437m worldwide. Oliver Cole has co-written Better Man with Gracey.

Production comes as part of VicScreen, a $191.5m, four-year strategy to strengthen and grow the screen industry in Victoria.

It will also benefit from the Victorian Screen Incentive, which offers grants to producers who bring film, TV and games projects to the state.

“The decision to film Better Man in Victoria is a great testament to the enduring status of Australia as a destination for large-scale film productions as a result of our talented creatives, skilled crews and exceptional facilities – supported by the Morrison Government’s attractive financial support for the film industry – including the 40% Producer Offset for Australian feature films,” said Paul Fletcher, Commonwealth minister for arts in Australia.

“There is a creative energy that burns across the Melbourne film industry, and I know this movie will thrive here with the support of the Australian government’s Producer Offset and Film Victoria’s incentive programme,” added Gracey.