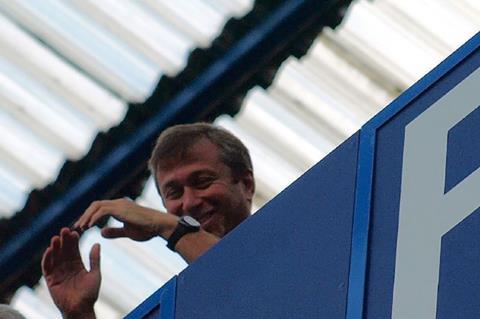 Russian oligarch and Chelsea Football Club owner Roman Abramovich’s $100 million private film fund Kinoprime is up and running - and potentially open to English language and international projects. That was the message from the Fund’s CEO, Anton Malyshev, speaking in Cannes this week.

The Moscow-based fund, created earlier this year, invests in projects at the final stage of filming. Malyshev (who arrived in Cannes by helicopter on Wednesday) has confirmed the Fund’s very first investment, pumping $750,000 into Fairy, the new feature from Anna Melikyan starring Konstantin Khabensky. The film shot last year and is in post production. It will be released in Russia later this year by Karo.

Malyshev revealed Abramovich is a passionate supporter of Russian cinema who takes a direct interest in projects the new fund is supporting and will read synopses, if not actual scripts. “He has a very good nose,” said Malyshev.

Abramovich headhunted Malyshev to run Kinoprime from the Russian State Film Fund where he was managing director.

The Fund has $100 million to spend over three years. It can provide up to 50% of a film’s production budget, with its investment capped at $2m a project. Potential investmets are assessed by an 10-person committee that includes leading Russian producers and directors.

The aim of the Fund is s to support both mainstream and arthouse Russian titles, It is also open to supporting international and English-language projects - as long as they have a Russian flavour. “Maybe Russian talents, maybe a Russian book or a Russian producer,” Malyshev said of the exact flavour they must have. “English language is OK for us,” he added.

As a private Fund, Kinoprime faces none of the restrictions that often hamper state film funds. The long term aim of the Fund is to bolster the image of Russian cinema abroad and at home, providing films eligible for selection in festivals such as Cannes, Venice and Berlin while also supporting the kind of local blockbusters (such as T-34, Three Seconds), “quality industrial movies” as Malyshev calls them, that have recently been doing such strong business at the local box office.

Among the talents Kinoprime is keeping an eye on is Kirill Serebrennikov, whose film Leto screened in Cannes last year while the director was under house arrest in Moscow. He was released earlier this year. “Kirill is a big Russian talent and his movies are super quality. We are looking for quality movies,” said Malyshev.

Kinoprime is also looking at high -quality animation including the new project from Aleksandr Petrov, winner of best short-film Oscar for The Old Man And The Sea. Malyshev is in Cannes to hold meetings about prospective new projects.